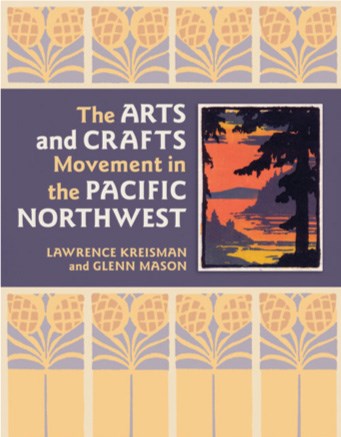 This lecture, based upon an award-winning book by Lawrence Kreisman and Glenn Mason,The Arts and Crafts Movement in the Pacific Northwest (Timber Press, 2007), explores this theme of regional identity. Lawrence Kreisman, Hon. AIA Seattle, was Program Director of Historic Seattle for 20 years, He has been recognised for significant work in bringing public attention to the Pacific Northwest’s architectural heritage and its preservation through courses, tours, exhibits, lectures, articles, and 11 books. Kreisman and his husband, Dr. Wayne Dodge, are both members of the Decorative Arts Society.

To reserve your place, please email leigh@artworkersguild.org.
Entry is free.