Kick over the statues! 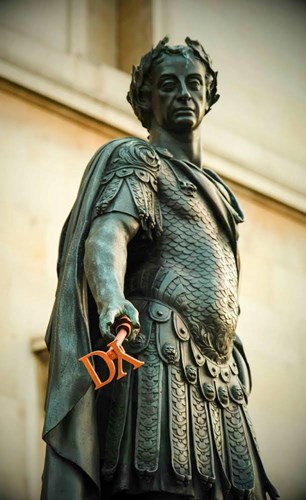 In July 2020, mid Covid lockdown, I had a visitor to my studio, Rachel Reid, a sculptor friend wanted some advice. Always willing to give people the benefit of my opinion, not to mention stop for a cup of tea, I was pleased to see her. Rachel was completing a Masters in Politics & Art at Goldsmiths and was planning an intervention on two statues in central London, Charles II in Soho Square and James II in Trafalgar Square. In each case she planned to insert a branding iron into one of their hands to raise awareness of the pivotal role the monarchy played in making the slave trade central to England’s economy in the 17th and early 18th century.

The Royal Africa Company was set up by the Royal Stuart family under the reign of Charles II, and had a monopoly of the slave trade from the 1660s. Between 1662 and 1731, the Company transported approximately 212,000 slaves, of whom 44,000 died en-route. The RAC was run by the King’s brother, the Duke of York (who later become James II). The RAC used branding irons to permanently mark enslaved men and women as the property of the RAC or the Duke of York.

Rachel had come to ask me how she could insert a branding iron into their hands without damage to the statue, she wanted to avoid prison if possible. My advice was to make the branding ‘irons’ out of wood rather than metal, which would certainly have damaged the sculptures. 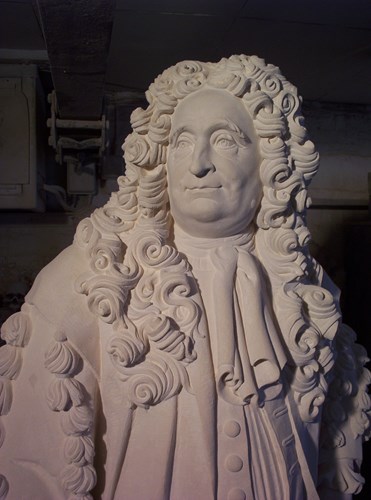 It was then, while we chatted, that Rachel noticed a maquette of Sir Hans Sloane in my studio. I was commissioned to carve the statue 15 years ago and I had not given him much thought since then but I was proud of the work I had done. I knew he had founded the Chelsea Physic Garden, he was the Kings physician, he had treated the poor for free and was a leading member of the enlightenment, on his death his collection was donated to the nation and it became the basis of the British Museum. He had also been the Governor of Jamaica, but I had chosen to concentrate on the more positive aspects of his life.

I had carved the statue as a twinkly, avuncular figure, the kind of person I would like him to have been.

Rachel pointed out that Sir Hans Sloan’s fortune was in fact funded by the slaves owned by his wife. These slaves enabled his fortune to grow enough for him to buy the large sections of Chelsea that his family’s Cadogan estate still owns today.

The Black Lives Matter movement has generated more informed discussion about our complex history and statues are being reassessed. Some statues were being removed by local authorities and others were being toppled by local people.

This, and our conversation prompted my own personal journey. I had to ask myself whether a piece of work I’m so proud of should exist at all. Does such a person deserve honouring and how should the statue be judged?

We already know that most statues in this country are of white men. Many of whom had vast wealth. Each of these statues celebrate one aspect of these men’s lives. Even a footballer for instance, frozen in bronze, celebrates his ability to shoot from thirty yards with his educated left foot. It does not comment on his misogyny or self-destructive betting habits. The statues of men who achieved great things during times of conflict include no references to their direct involvement in mass murderer, or overtly racist views, or their Nazi sympathies.

Are we saying that human failings of great people should just be accepted and overlooked? It’s not just a modern oversight. In classical sculpture the jealous, vindictive gods are all beautiful. Meanwhile the athletes, are just athletes.

Do we even need statues and what are they for? I remember in the 1980s when I was an apprentice stone mason there was a superb band called The Redskins. They were skinhead Marxists who wanted to ‘walk like the Clash and sing like the Supremes’ and I went to see them often at benefit gigs for striking miners. Their best song was ‘Kick Over The Statues’ which I used to sing along to, angrily because statues serve the purpose of re-enforcing the status quo. 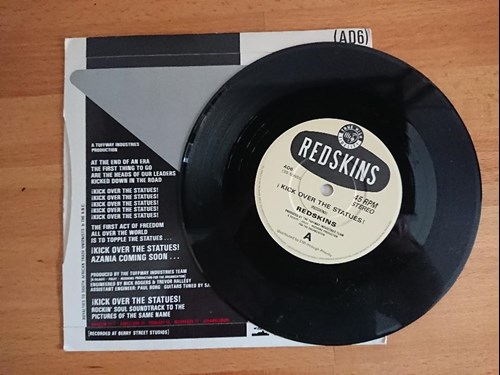 However, there is so much more that can be done with a statue of a great individual. When I carved a memorial to Asquith Gibbes, a man who was of Afro Caribbean origin, his wife was keen to have a figurative portrait of her husband because she knew that black people are so rarely depicted this way. As if to prove her right, while we were fixing the memorial to Lewisham Police Station, a young black man that was walking past did a double take and asked in disbelief ‘is that a black man?!’ 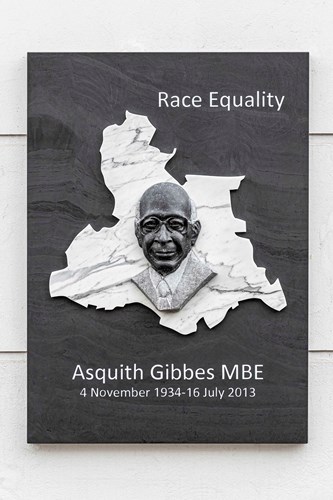 Prior to that, the statue I carved of Kitty Wilkinson became the first woman ever to be commemorated in St Georges’ Hall in Liverpool. Indeed it’s rare for any Victorian women (other than queen Victoria herself) to be commemorated at all, let alone in stone. It’s time for newly commissioned statues to correct these historic wrongs. 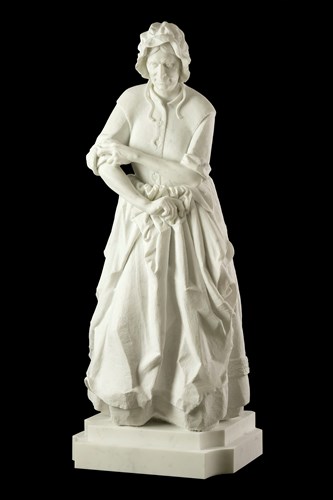 So, returning to Sir Hans Sloane. Does this man deserve a statue? Was he an entirely nice man? Can we really continue to tell ourselves that it was all long enough ago, that his direct involvement with the slave trade doesn’t matter anymore?

The British Museum has chosen this moment of greater introspection to display Rysbrack’s bust of Sir Hans Sloan alongside a written account of his life.

Perhaps it’s time that all statues be required to be accompanied by a more balanced biography, and the viewer should be allowed to make their own more informed conclusions.