Repair Shop, Kirsty Allsop, Grayson Perry - and Guild member Harriet Vine judging craftsmanship on Channel 4 - the upsurge of interest in making and repairing, on telly, online and in print, has exploded under lockdown. 'Making stuff is satisfying' – who knew? So it seems odd that the handwritten letter hasn’t yet caught up with the reversal of fortune enjoyed by darning. No-one wants to give up on the speed and convenience of button-pressing but the slow, generous thoughtfulness of finding pen, paper, envelope and stamp, and the deliberate walk to the letterbox, is a different pleasure. 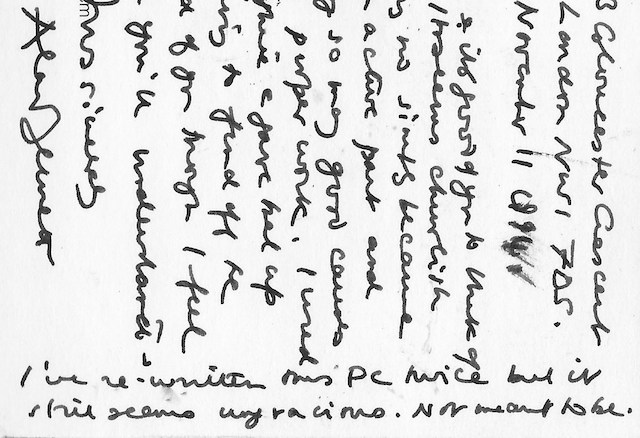 Postcard from Alan Bennett, in reply to request for support for a campaign, with PS – 'I’ve re-written this PC twice, but it still seems ungracious. Not meant to be'

The blue highlight function and the delete button might have been invented for whoever it was who apologised for writing a long letter for lack of time to write a shorter one. Sorting through my brother’s 60 years’ worth of papers, we were constantly struck not only by the vast quantity of letters, but also by the sheer length of many of them – sometimes three, four, five sides of A4 – and often chatty and gossipy and discursive in a way that nervey emails seldom are. Why all the online hurry? Why the reluctance? 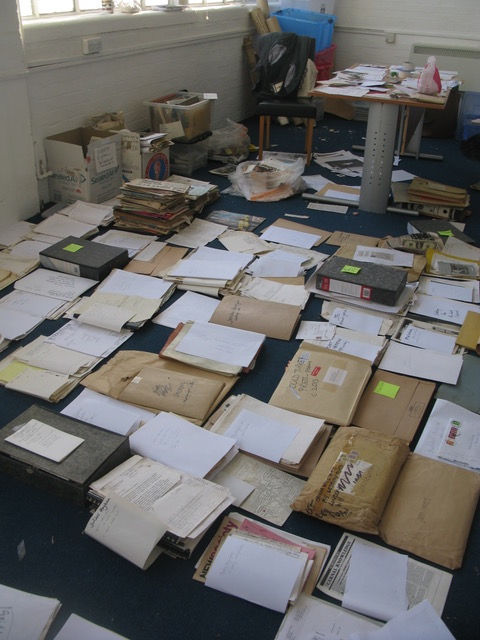 Philip Hensher in his book The Missing Ink equates writing by hand with being fully human. 'Ink runs in our veins,' he writes. 'To continue to diminish the place of the handwritten in our lives is to diminish, in a small but real way, our humanity . . . There is an element of dancing when we write, a melody in the message, which adds emotion to the text', and an emoji is a poor substitute. 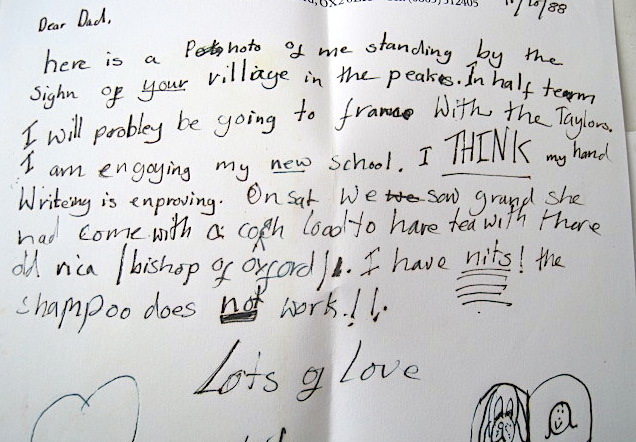 Letter from my niece to my brother.

No Guild member needs to be convinced of the subtle benefits of working with the hands, but a study (quoted by Henscher) published in the journal Psychological Science digs deeper, and describes various neurological advantages, citing research showing that 'note taking by hand positively affects learning. Students that took notes by hand were more selective with the words they wrote than those keyboard users typing verbatim; they slowed down to consider what they were writing, thereby processing the information more accurately, and retaining more of it than those who typed their notes'. 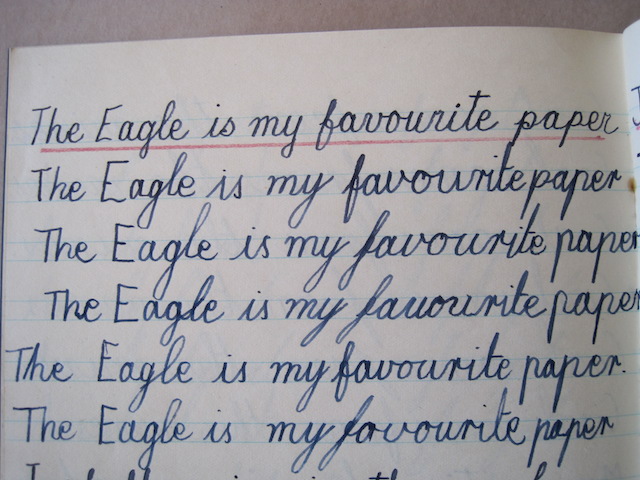 Not only does ‘desirable difficulty’ give students a better grasp of the subject, but since it evidently feeds more efficiently into ‘body memory’ it is found to be useful in restoring the memory of stroke victims. 'Some people have difficulty reading again after a stroke. To help them remember the alphabet, we ask them to trace the letters with their finger. Often it works, the gesture restoring the memory.'

For most users of email, most of the time, tinkering with fonts and layout is creative enough, but sometimes the graphic freedom of pen and paper, where there is nothing to make you follow a set pattern, fits the bill. If the fancy takes you, with glue and scissors it can even be 3D. And which biographer/researcher doesn’t love a ‘disorderly’ text, full of crossings out and added notes and diagrams and doodles.

The handwritten envelope landing on the doormat is so full, so charged, and so much what we need, in the months of isolation, of course, but also - anytime. 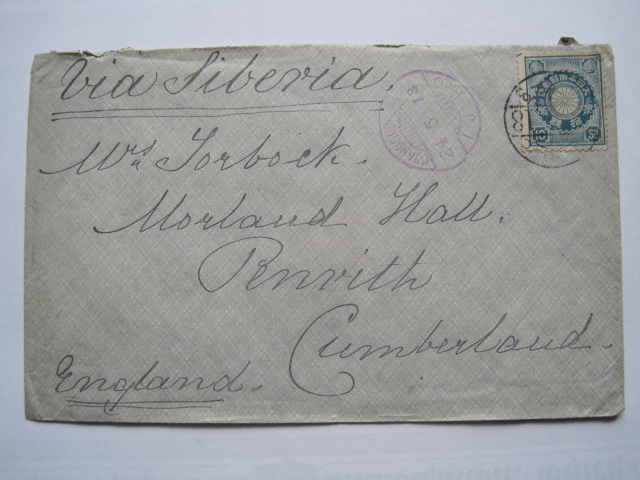