Lockdown at The AWG - Guild Steward

Without the tie of bookings I have replaced the well-worn run from basement to Ground and 1st floor to a marathon up to Ben and Charlie’s flat on the top floor! They have very kindly offered me this exercise so that I can get a breath of fresh air (and some sunshine) on their roof garden while the Queen Square garden is locked up! However other squares are still open and a favourite of mine is St George’s gardens which is the old graveyard for St George’s Queen Square and St George’s Bloomsbury; and early on I could have Lola for a day now and again and we went for walks, though one day we went along the canal and it was rather sad seeing all the notices in the windows of the barges basically asking people to keep away and not cough on their boats. It still shocks me how unfriendly social distancing is in practice.

Shopping is mostly at Waitrose which is still much cleaner than most supermarkets in Bloomsbury – but they now have hazard tape striping the floors - and they often have to repair/replace the floors – I think the tiles must be a bit thin. Social distancing is virtually impossible on the floor and some people are OK about it and some people are still a bit rabitty about it. Goods have been a bit iffy sometimes – I love salmon and couldn’t get it for several weeks, I still can’t get yeast or bread flour and at first it was obvious that the supermarket had sold out, and now the shelves are clean and empty. And at the beginning there were runs on loo paper and spaghetti – it is now possible for me to buy both, but not the sorts I usually buy. And at first the queues were quite long, but now they are moving along quite quickly – I assume they are eating all the spaghetti they hoarded; I myself chose to hoard Knorr stock cubes imagining that I could survive on thin soups if all else failed.

Our Hon. Architect has been working hard trying to finish the decoration of the Library on the 1st floor. He has added to my load with the tempting offer to paint the Lecture Hall after doing all the high-level dusting; I still have some work to do between the red walls and the dark green skirting but I am panicking and getting on with it as everything begins to ease up. 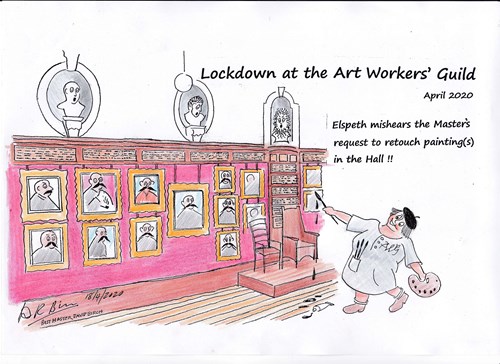 Lockdown at the Art Workers' Guild by PM David Birch

Other paint jobs include the skirting boards in the bar area which were getting a bit battered, the main staircase, and some stone paint for the plinths holding the railings either side of the front door, which had been scored to take the electric cables to the new lamps.

Apart from seeing the inestimable Marin for a few days for painting the Library existing mustard colours (Simon did take some pics) the person I have seen most frequently is Simon Hurst, who has gallantly tried to keep going and is hoping to do a paint job himself over the next few days.

Entertainment has included concocting a strawberry jam recipe which is not too sweet . . . 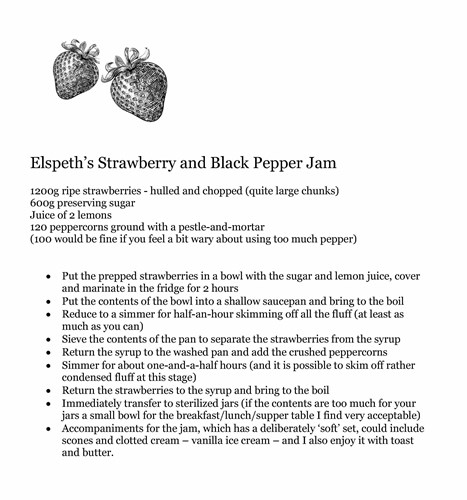 I am reading a book which I first read when I was about 14! I bought it from Slightly Foxed during their last Readers’ Day at the Art Workers’ Guild, The Eagle of the 9th by Rosemary Sutcliffe, about the 9th Roman Eagle standard which disappeared somewhere/somehow in Northern Britain...
And, of course, I am still playing Patience with an old pack of cards Leigh gave to me at Christmas 2 or 3 years ago.

I find being alone no problem at all, but living in free-time with no fixed schedule is a bit weird – I keep waking up and wondering who to expect today... and I am beginning to get excited about ‘normality’ setting in again. Here’s hoping!