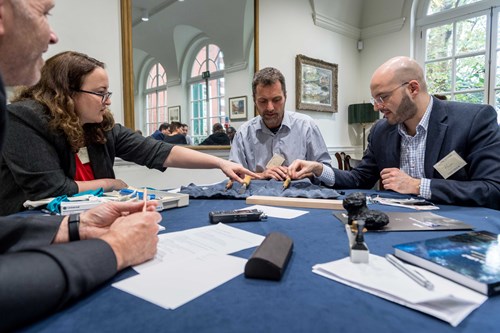 I first encountered interpreters when I went to Southern Africa in the 1980s as a trainee surgeon. Most of my patients spoke Zulu. Some spoke Xhosa. I spoke only English. When I wanted to take a history from a patient I would ask a nurse to translate. The conversation usually went like this:

Me: ‘Please ask this patient if he has pain in his chest.’

The nurse would ask the patient something, he would reply, and a long and animated conversation would ensue. It seemed to go on for ages. Eventually I would ask the nurse for the patient’s answer.

I began to realise that there is more to translation than meets the eye - or the ear.

Some years later I started to translate in earnest when I became a GP in Wiltshire. There the language was English, but that English took many forms. First came a conversation with my patient. I needed to listen to what they said while interpreting what I thought they meant, then translate that into medical terminology so I could document it in the case notes. An elderly woman’s description of feeling breathless every time she went upstairs or walked to the post office might turn into ‘3 wk h/o dyspnoea on exertion’. Much was lost in that process of compression.

When I explained the results of blood tests or X-rays I’d turn technical language back into plain English, tailoring my explanation so it made sense to my patient. I’d have to translate yet again if I wrote a referral letter to a consultant colleague, asking for advice about further treatment. Then I returned to the impersonal language of symptoms and diagnoses, bleached of nuance and emotion. I came to think that much of my work as a GP involved interpretation, then translation. My role was to help my patients crystallise what was concerning them and put that into a medical framework. At every stage, I realised, important information might be falling through the cracks of meaning. 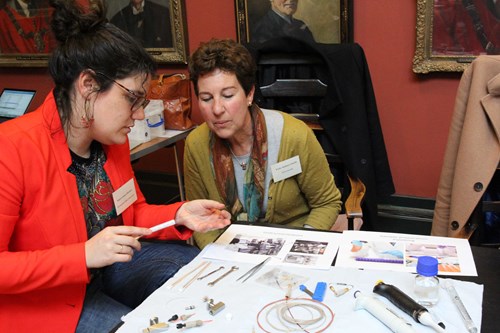 When I was first introduced to the Art Workers’ Guild, almost ten years ago, I hit another challenge. I struggled to understand how the Brothers worked. I was overwhelmed by their diversity and the many ways in which they communicated. Some were predominantly verbal, using words with ease and precision. Many were visual, more at home with a sketchbook than a keyboard or a pen. Others expressed themselves through the objects they made, the techniques they had mastered and the materials they felt at home with. 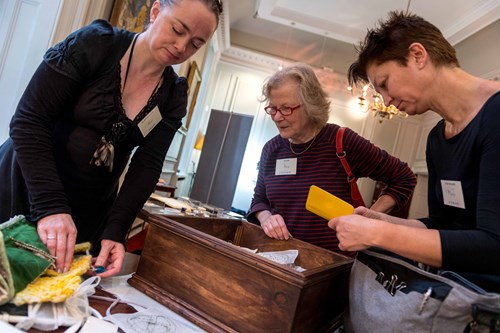 Since becoming a Brother myself I have had the privilege of getting to know many of the Guild’s extraordinary craftsmen. I’ve tried to make sense of what they say and how they say it. I’ve invited them to take part in exploratory events at the Guild and elsewhere, bringing craftsmen, performers, clinicians and scientists together to find common ground in the work they do. I have tried to capture their insights and their wisdom and apply them to my own experience. That’s a tall order, requiring the skills of a master translator and interpreter. 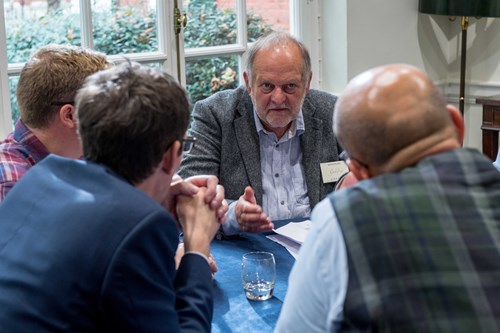 My friend and colleague Gunther Kress died suddenly in 2019. Gunther was the most masterly translator I have ever met, equally at home with words, images and ideas. A year before his death, he and I attended an event at the Guild organised by Past Master Prue Cooper. Prue handed each participant a reproduction of a painting and asked us to write a detailed description of what we saw. Next, our descriptions were given to someone else in the group, who had to recreate the image from the words. Few of the resulting images bore much resemblance to the originals. Gunther was fascinated by this process. He called it ‘constituting and reconstituting meaning’. 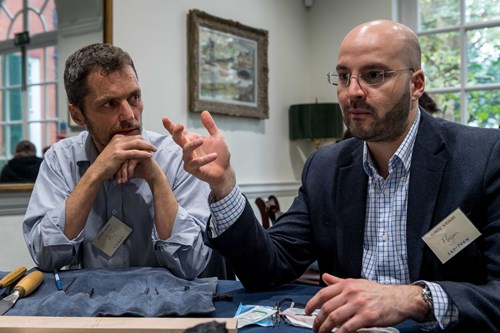 To me, encounters between people always entail constituting and reconstituting meaning. That’s what I experience when I talk to my fellow Brothers and ask them to explain their work to me. That’s probably what happens when I try to explain my work to them. I’m left thinking about my decades as a surgeon and a GP. I wonder now if my efforts with my patients were sometimes misplaced, if I was expecting more of language than language was able to provide. Perhaps the collective wisdom of the Guild - expressed through words, images, the creation of beautiful objects and the disciplined exercise of artistry and skill - provides a richness of meaning which doctors and their patients could learn from too.