Evolution in the making 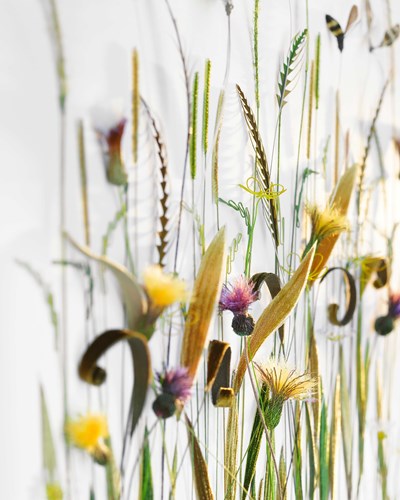 Evolution is a good word to think about when looking at craft, as while acknowledging origins it also suggests change.

It can feel disrespectful to ignore tradition, but it can feel restricting to be held back by it too. This pull between honing a skill and the flashes of inspiration that pop in and break the rules is where many interesting things can happen in making.

My work has evolved from textiles, through millinery, and into artworks over the 40 years I’ve been making. At first glance, it might seem unrelated to my beginnings, but there’s a strong thread of influence, a sort of taxonomy of materials and making skills, that’s always there when you know where to look. 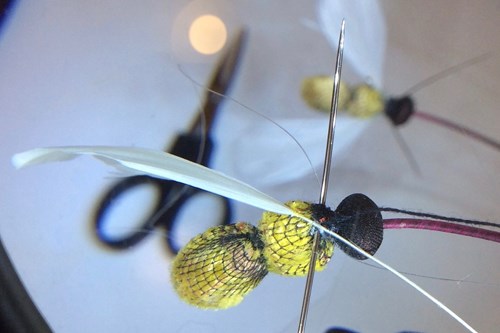 Understanding the different fibres and the structure of weaves has meant really getting to know the qualities of textiles and these qualities suggest ideas – the cellular texture of velvet popping through veiling suggests a furry bee’s bottom.

Now dyeing for colour-matching is just as important for peas matching pods as it was to match a customer’s outfit. And the way the edges of the peapods are turned in is a typical millinery finish with a wire rolled into it, just as there would be in the edge of a hat brim. 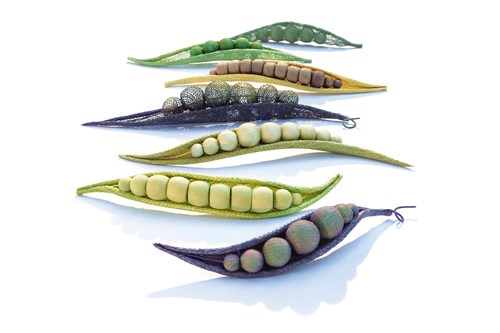 The sculptural quality of millinery’s still a big influence. Blocking, the technique used for shaping hats, is scaled down make grapes. And hat-making is so much about different views and angles. That sort of 3D drawing that the line of a hat does in relation the face is make or break and that’s definitely still present in the work I do now. 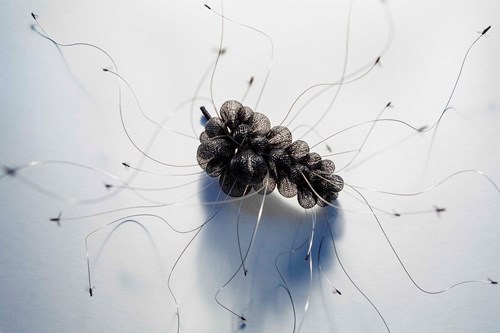 I spent about 20 years making hats that were classic and wearable, and to a price-point demanded by department stores. But markets changed about 15 years ago, and that’s when my ‘artist’ side really started to emerge.

Now I might describe the few special hats I make alongside my artworks as ‘narrative’, presenting an idea in a particular way where the fact it’s a hat helps to tell the story. 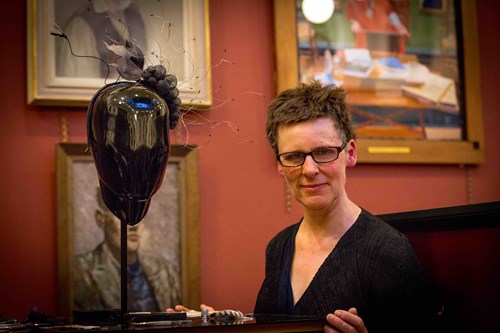 My work’s a combination: traditional ways of working in textiles and millinery are mixed with an intense observation of nature, and used without the practical restrictions of the jobs that hats and textiles might normally be required to do.

The hybrid combinations they can make suggest unexpected ideas – where the lightness and swirl of millinery and the micro-detail of fly-tying make a ring that’s inspired by buzzing insects. 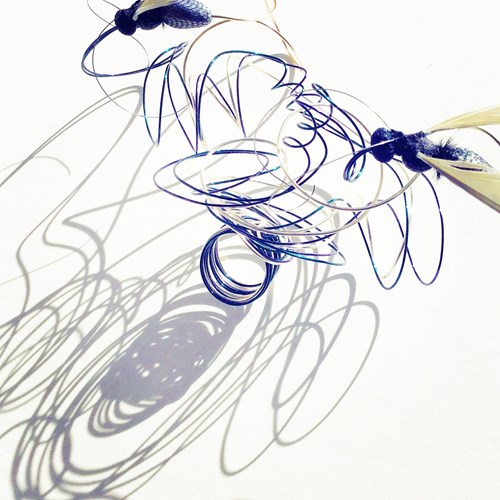 Noticing the evolution in my own work has changed the way I look at the work of other makers, and the way I look at all ‘making’. It’s led to a richer level of noticing and appreciating how all makers, both past and present, play their part in a constant evolution of the techniques and materials they use in their work.

I’ve often watched Who do you think you are on TV, and noticed how surprisingly emotional moments happen when the people identify with the suffering, or achievements, of their great, great grandparents – and it’s interesting to apply that thought to a piece of work – visualise its ancestors and wonder about its descendents.