Will is a conjuror, academic, and consultant for film and theatre. 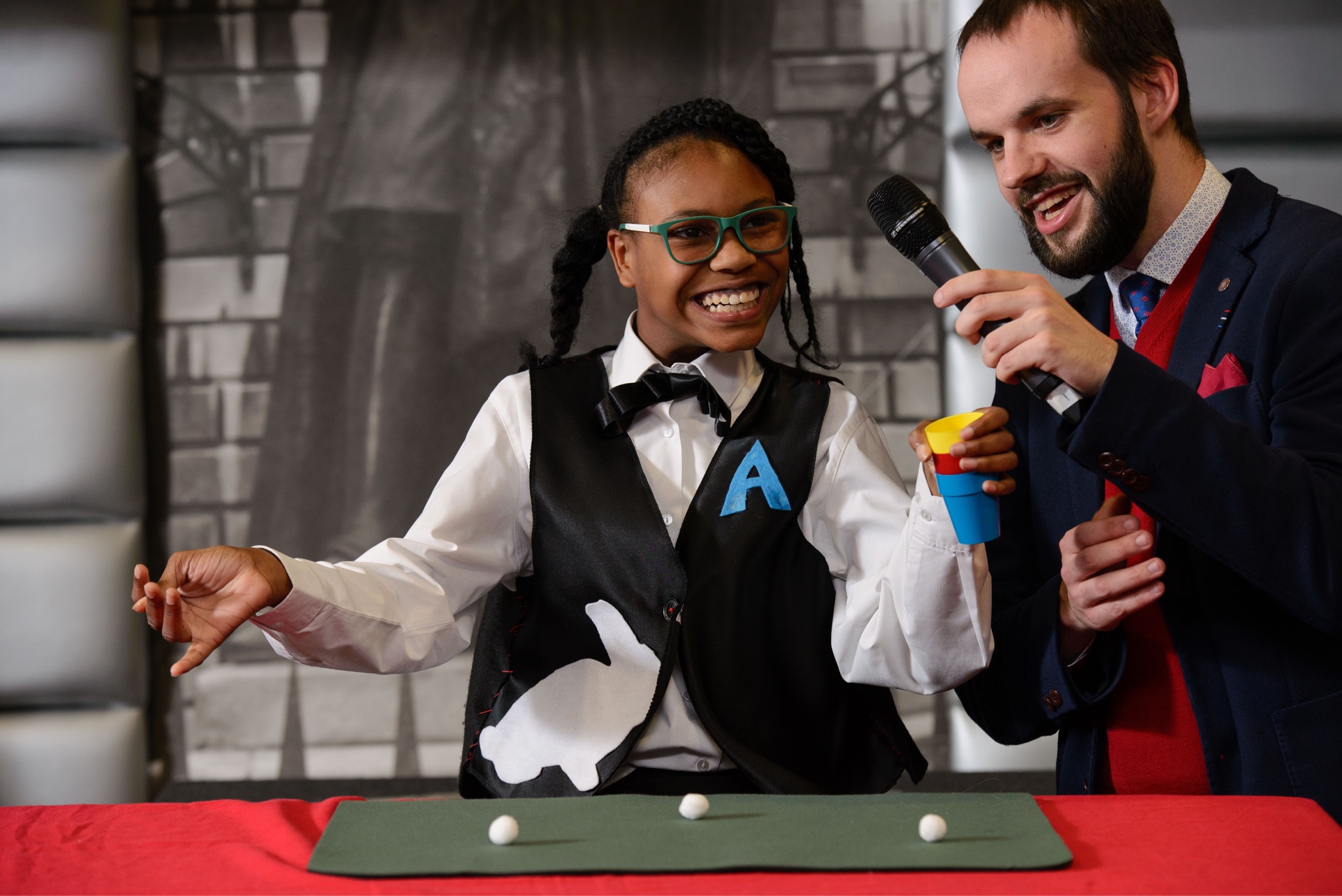 One of the children demonstrating the cups and balls magic trick.

On the twenty-ninth floor of a London hospital eight children slowly raise the blinds to reveal a panoramic view of the city to their friends and family. There is applause, far more than this simple action seems to warrant. This is for two reasons; the children have just performed an excellent magic show, and they opened the blinds with two hands. Twelve days earlier, when eight nervous children arrived on day one of a magic camp, none of them could do a single magic trick. Twelve days earlier, not one of them would use two hands to open a blind. Something magical happened in those twelve days.

The children all have hemiplegia, a condition similar to a stroke that results in varying degrees of weakness and lack of control on one side of the body. If you put a ski glove on the wrong hand and then try doing up buttons or zips, preparing a sandwich or doing up your shoelaces, you will have some small idea of the challenges this creates with every-day activities.

The camp, called Breathe Magic, is an innovative form of therapy that combines the expertise of occupational therapists, magicians (like myself) and arts-health experts. Over the course of sixty hours the children learn specially developed magic tricks that incorporate important, but challenging, actions. More traditional therapy might involve picking up a row of small objects between the first finger and thumb of the affected hand then putting them down in a bowl, repeatedly stretching the arms out straight, or practicing rotation of the forearms as far as possible. No seven-year-old would spend sixty hours over ten days practicing these boring, repetitive exercises, but that is where the magic comes in.

One of the tricks taught is the cups and balls, a 2000-year-old mystery performed by magicians around the world. For these children, however, there is more to it than the trick. The balls must be picked up between a finger and thumb, the arms must be fully extended to show the props clearly, and the forearms must be rotated to show the hands empty. The desire to learn the trick motivates the children to practice in a way they would not otherwise have done. 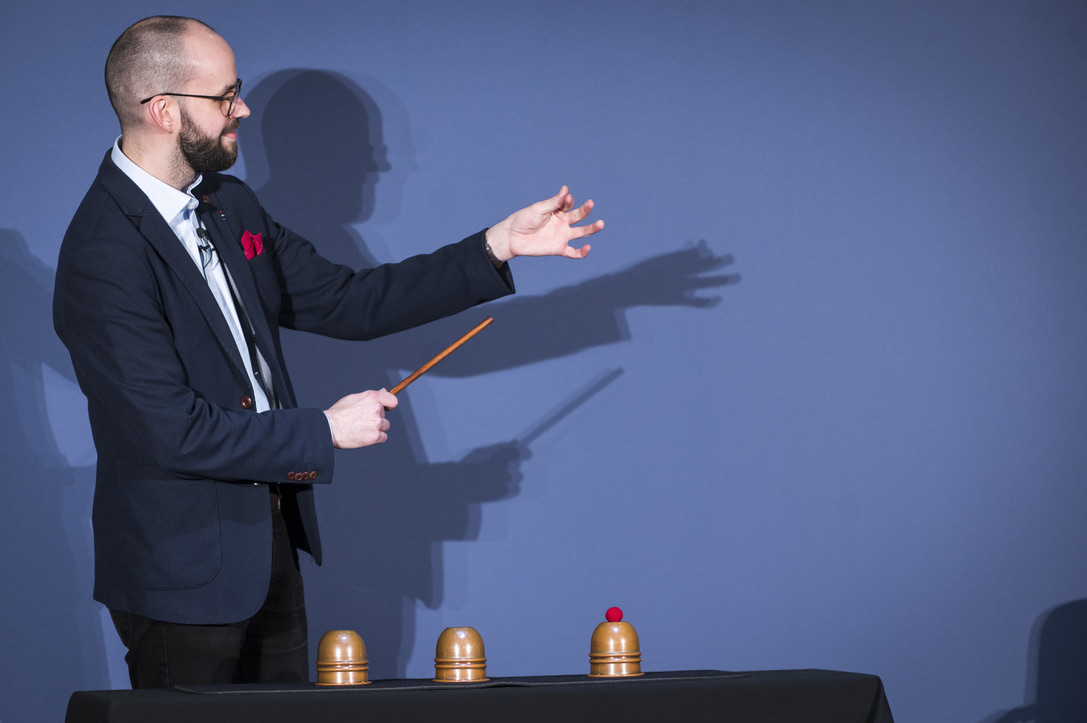 Will demonstrating one of the tricks

David Owen and Richard McDougall, the two founding magicians at Breathe describe the benefits. 'They are supposed to practice their tricks for twenty minutes every evening,' Richard explains, 'but instead, they’re practicing for an hour.' 'They also love the idea that, in learning magic, they can become different in a positive way,' David adds, alluding to the psychological benefits that accompany the physical gains. Many of the children are in mainstream school where they will often be the slowest to complete physical tasks, or the last to be selected for a sports team. In learning magic, they develop a skill that their friends and classmates don’t have, but which they will admire, often for the first time in their lives.

Magic tricks, in a very fundamental way, also carry an important message for the young magicians. At some level, every trick is a manifestation of the premise that anything can be made to happen with enough effort and determination. The transfer of this philosophy into the children’s lives is a vital part of the camp experience. One young magician’s parent explained the impact on her son, saying that his 'academic work picked up because he had self-confidence. He can read better, and he shows more interest, because he now knows he can do things that before he never imagined he could.'

In a corner of the room where the camp ran, there was a potted plant. Each day, the young magicians wrote down something that they had managed to do using both hands that they would not have been able to do at the beginning of the camp. The entire group then celebrated these accomplishments as the children came to the front, said what they had been able to do, and then pinned their note to the tree.

'I opened a packet of chips by myself for the first time.'

'I used my hand to open doors.'

'I cut my ribs without special cutlery.'

'I tied back my hair for the first time ever.'

'I held my hand flat for the first time.'

By the end of the camp the tree, alongside the young magicians, had blossomed. More than any conjuring trick, that is magic.

You can find out more about Breathe Magic, and other arts-in-health projects run by Breathe Arts Health Research, at www.breatheahr.org 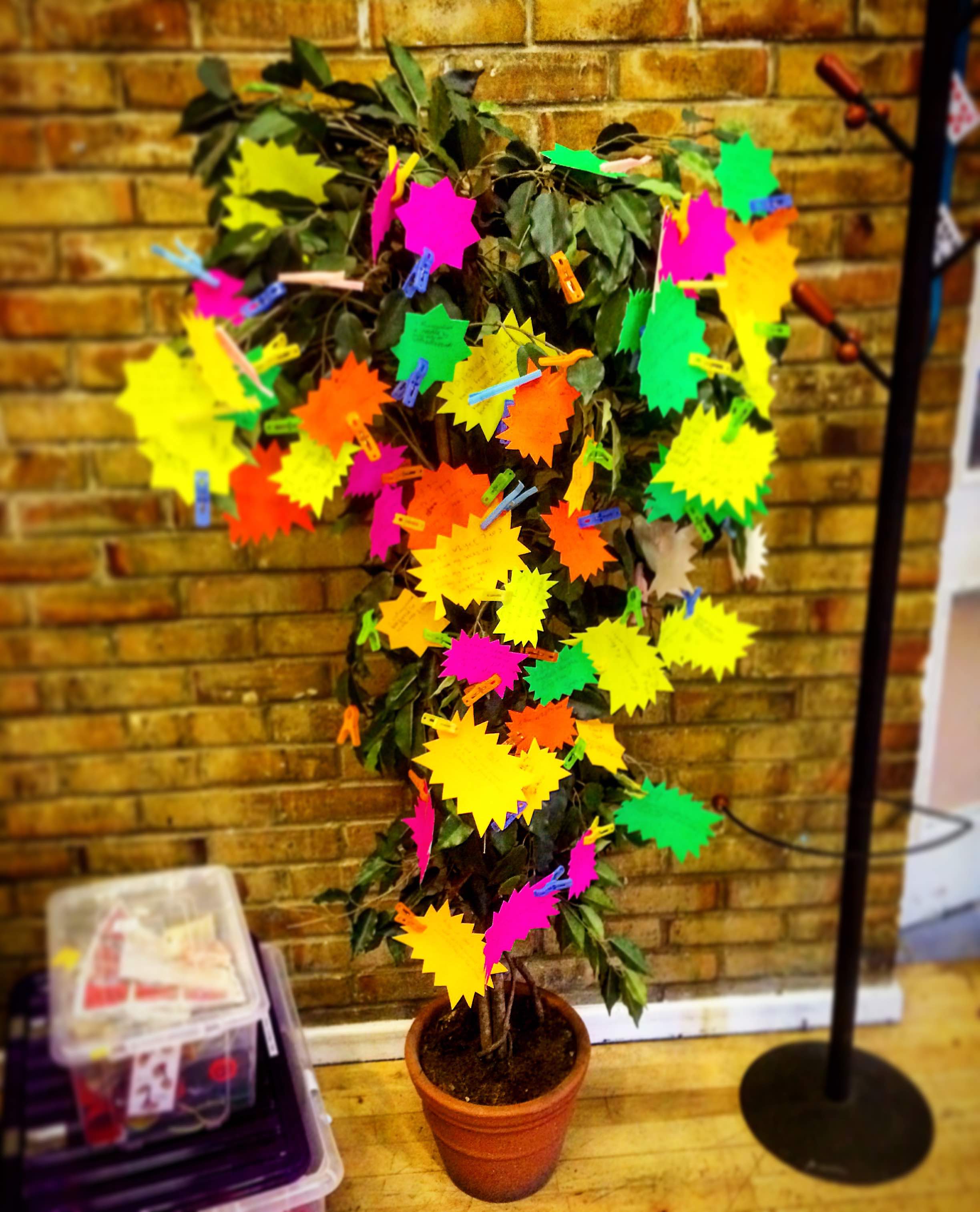