Early in 2019 I was invited to take part in a research project run by a team from Queen Mary University of London investigating and comparing the use of digital technology by craftspeople in the UK and China. I’m a potter, a maker of teapots, and in the past two years have been exploring the use of 3D printing as part of my making process. 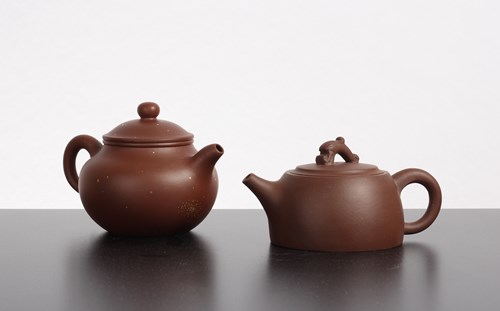 Coincidentally, at the time of this invitation, as Chair of the Craft Potters Association I was also organising an exhibition of our members’ work for the then upcoming Yixing International Ceramics Festival in China, and was due to attend its opening as part of the collaboration we were developing with the Yixing potters. I had met a number of them on previous occasions in London, and had become interested in the differences between our two professional cultures. Realising it would be useful to further my understanding of this, I was on the lookout for opportunities that would help, and so the invitation to take part in this project seemed to come at just the right time. However, although pleased to receive it, I was also slightly apprehensive about accepting it - my engagement with the digital world was, and for that matter still is, that of someone who feels excited by its benefits but frequently at sea when it comes to the practical business of using it. But I told myself that research-wise I might be a useful representative of the generation of baby boom makers who, born and brought up in an analogue world, often struggle to feel entirely at home in the digital one. And so I accepted.

I and the other ‘case studies’ for the UK end of the project duly attended a workshop at Cockpit Arts in London to introduce us to the research. The day was divided between small group discussions about our own uses and experiences of digital technology, and presentations by the research team of their work in China and of some of the ways in the UK and elsewhere that digital technology is being integrated into craft practice. 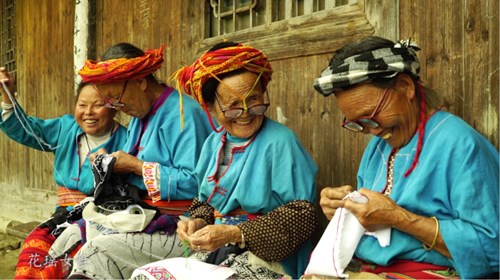 The definition of craft they were using was “a skilled activity in which makers plan production, explore materials, and produce functional objects which inherit and embrace cultural meaning”.  This last element, about inheriting and embracing cultural meaning, featured strongly in the examples they presented. This included a project working with women of the minority Huayao community in a remote rural area of Hunan Province in South West China, and their traditional practice of cross stitching.  Here the use of specially designed digital games was being trialled as a way of supporting the transmission of the women’s skills and pattern knowledge, both seen as essential aspects of maintaining and promoting the region’s Intangible Cultural Heritage and cultural identity. The importance of ICH, as I was to find later in my visit to Yixing, is very much embedded in China’s approach to helping its craft sector adapt to a global market; and, in doing so, to providing support to both rural communities such as in Hunan Province, and urban centres such as Yixing, where craft industries are an important part of the local economy.

Back with the Huayao project, the researchers had found that the introduction of the games had assisted the current generation of local children, as the inheritors and eventual transmitters of the region’s ICH, to acquire the necessary skills and knowledge in a number of different ways. No claim was made that such games could replace the tacit learning afforded by hands on experience of tools and materials, but rather that ‘play’, through well designed games, could combine powerfully with the appeal of smart phones and tablets to engage the children in their learning of craft skills. 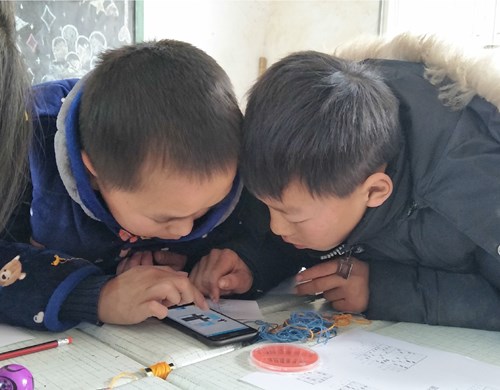 Following these workshop discussions at Cockpit Arts I and my fellow case study colleagues were further interviewed by the researchers who subsequently visited our studios. A view of the project can be seen in the below film and the outcome of the research read in the report at www.craftplatforms.org.

My involvement in the research, though brief, was rewarding and stimulating and contributed much to how I digested my experiences whilst attending our exhibition opening in Yixing later that year. In Yixing, in the wealthy urban and industrialised province of Jiangsu, the context may be very different from life in rural Hunan but the importance of maintaining the traditions of the local craft practice was similarly clearly present. 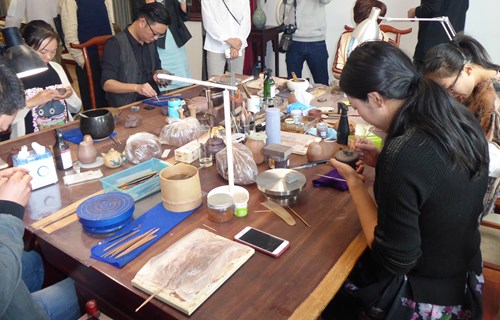 From my viewpoint as a UK maker working in, and identifying with, a professional culture that values innovation and experimental breaking of boundaries, it’s always interesting to see how different professional cultures manage these boundaries and integrate prized craft traditions with contemporary ideas and new technology. In the light of this, these two glimpses into how these matters are being worked with in China have been both instructive and fascinating and continue to give me much food for further thought.