In the early 1960s my brothers and I attended a rather undistinguished prep school called Bishop's Court, situated on the Lancashire coast between Liverpool and Southport. The headmaster was a tyrant, the teaching mediocre and the food stomach-turning. One redeeming feature, however, was the carpentry shop. The carpentry master, Mr Grailey, had taught countless generations of boys the rudiments of woodworking, such as mortise & tenon and dovetail joints, all with hand tools – hard enough for trained craftsmen but extremely tough for children.

Mr Grailey's real passion, however, was woodcarving, and he was prepared to devote a disproportionate amount of his attention to those of us who showed any interest. Fortunately these included my older brother Richard and myself. Here we are in a photo from 1964: Mr Grailey is standing in front of the open door, showing someone how to use a tool in a posture which would raise eyebrows nowadays; Richard is on the right, carving an impressive spinning chair; while I am left foreground, pretending to sandpaper the inside of a mahogany fruit bowl which was destined, like so many artefacts, to be a present for our parents. 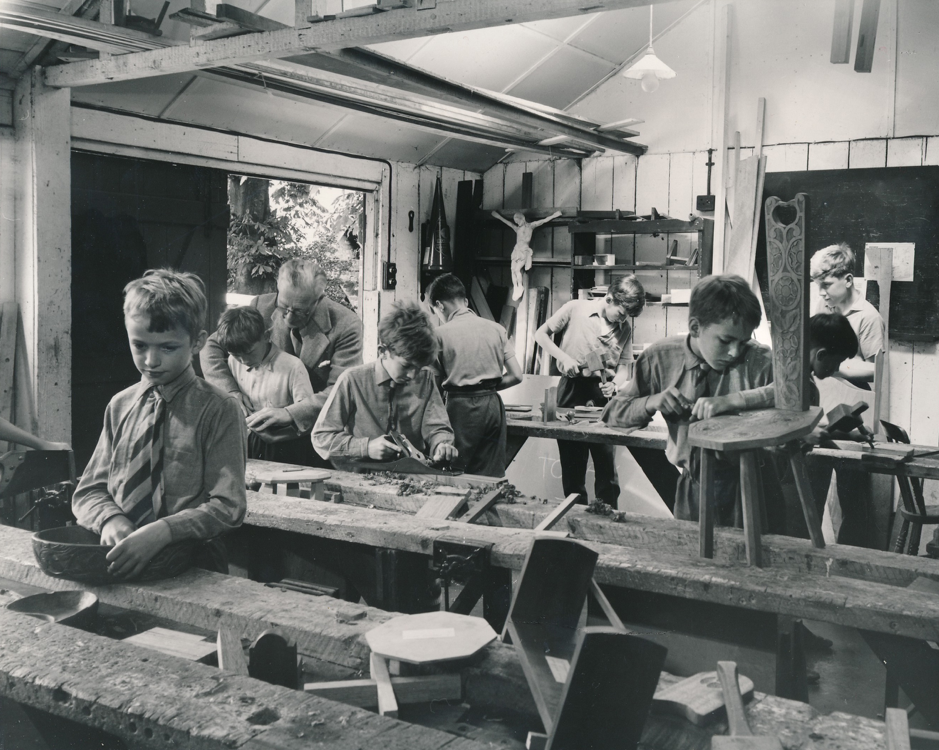 While I was proud of the bowl, I was well aware that it was far from perfect: in particular, the inner walls had too shallow a slope – not by design, but simply because I had got tired of the seemingly endless task of gouging out the insides.

When my father died last summer I reclaimed possession of the bowl. While the carved exterior had survived pretty well, the inside had become stained, and this, combined with the poor angle of the original excavation, made for a sorry sight. So, 56 years after the original creation, I decided to finish the job properly and have now recut the inside of the bowl, using gouges for the sides and fitting a router blade to a pillar drill – a luxury unavailable to me back in 1964 – to lower the level of the bottom and thus get rid of the stains. I finished by applying a few coats of tung oil, as can be seen below: 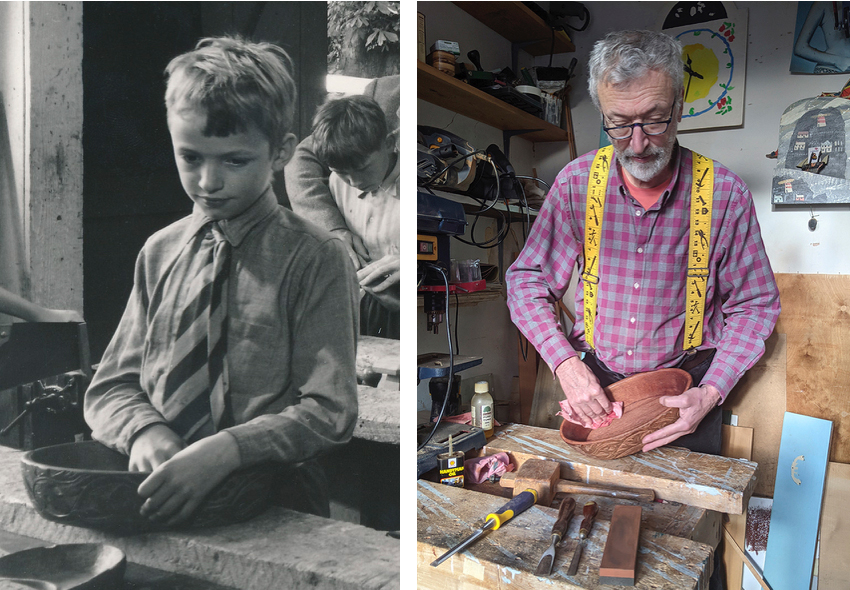 Mr Grailey was an important influence on my life. His principles were strict – no machine tools; always use hardwoods; no glue or nails, and preferably no screws either; tidy the workshop and sharpen the tools before you leave, not when you first come in – perhaps too strict for children, but they provided a benchmark, and even if one has failed to live up to them (I have since taken great pleasure in making things from MDF, glued and screwed together) the knowledge of how things ought to be done is nonetheless an invaluable lodestar.

And not just in the workshop. My favourite of Mr Grailey's aphorisms, dinned into me and never forgotten (though not always observed) was 'measure twice, cut once'. It is just as important (or more so) when navigating a yacht or designing a book as when preparing a piece of timber in the workshop. 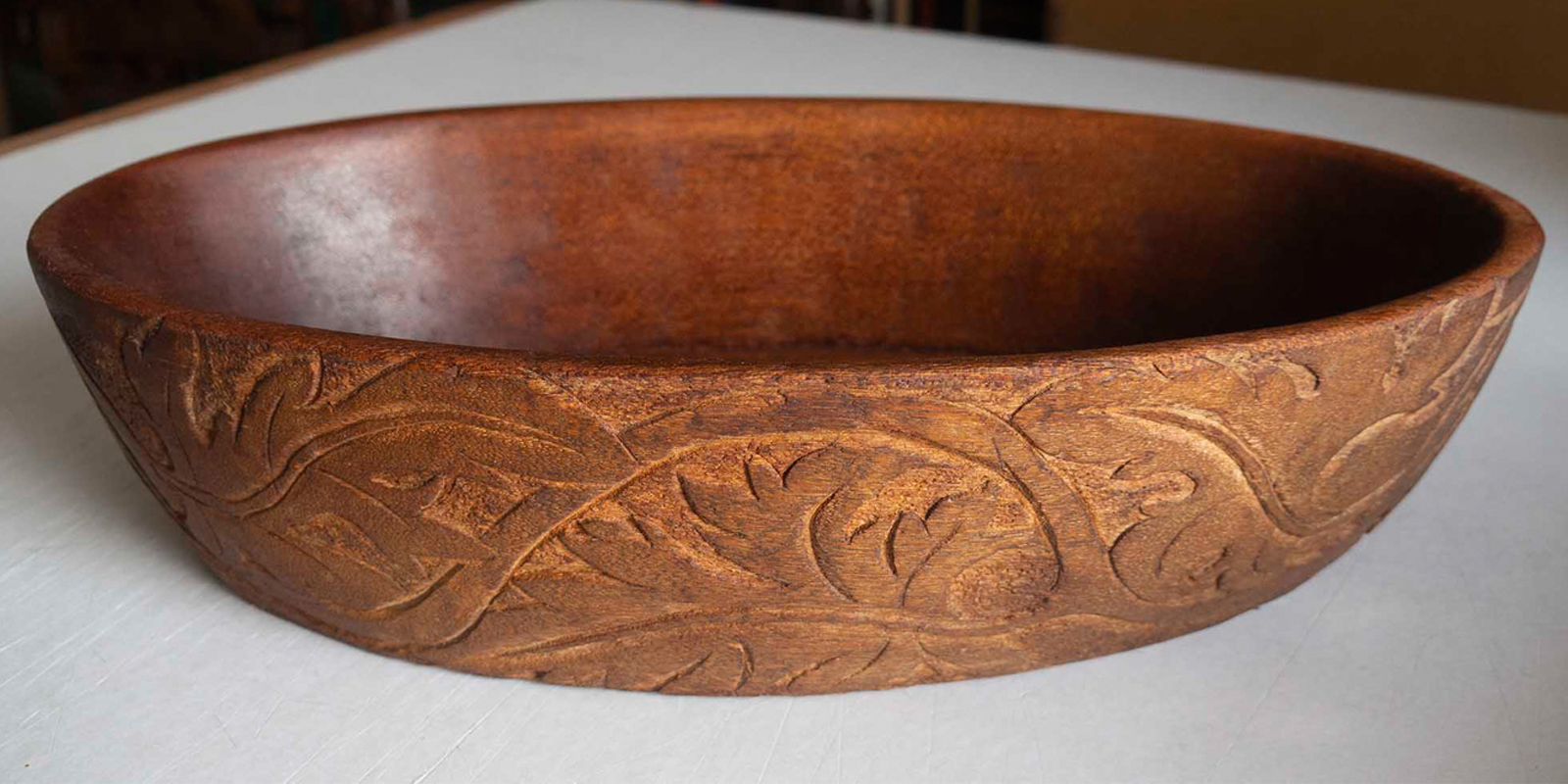