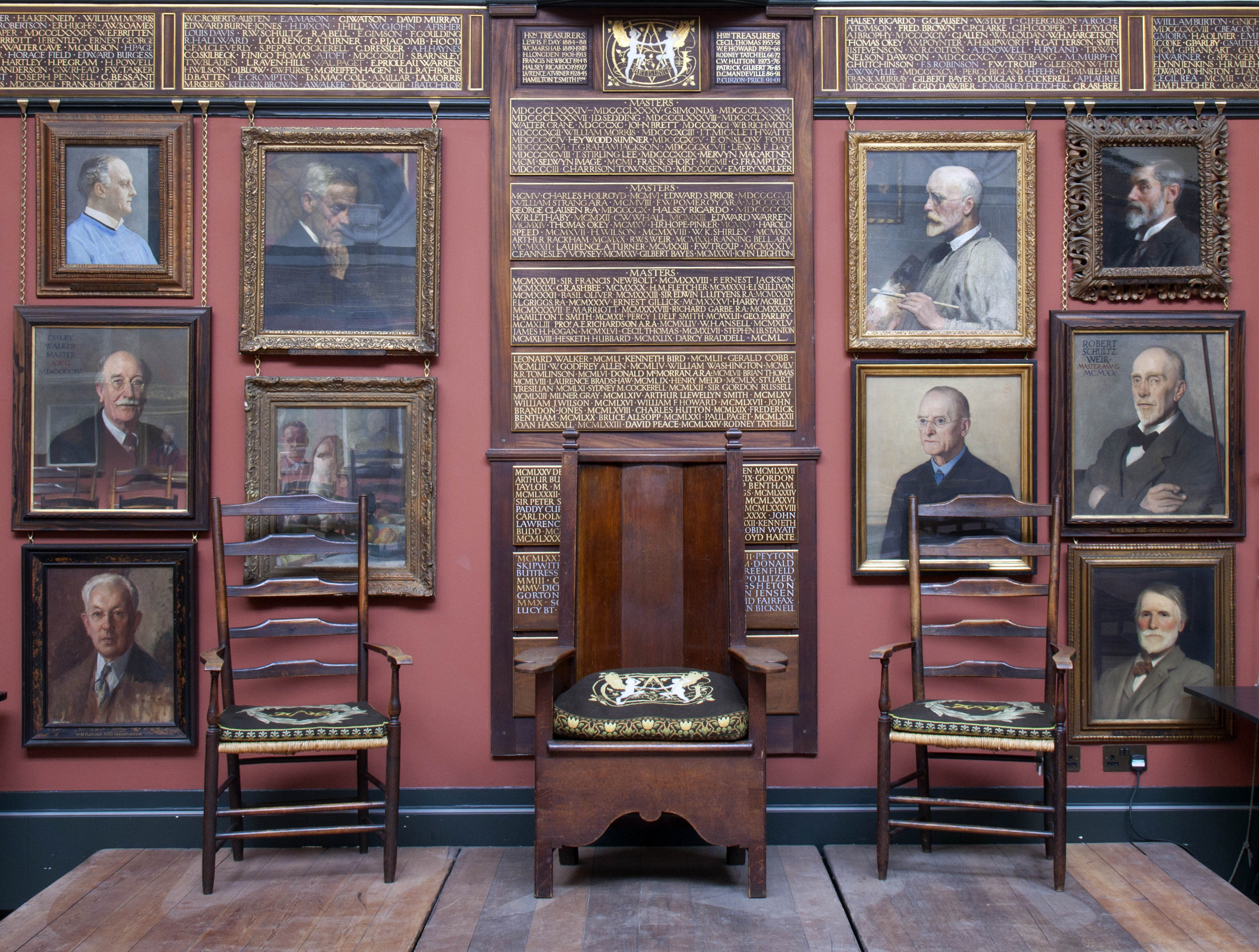 This year for the Open House Festival the Guild will be offering tours of our Georgian building at 6 Queen Square in the heart of Bloomsbury, led by the Guild's Honorary Architect, Simon Hurst. There will be a short talk given by historian and the Guild's current Master, Alan Powers, on the history and legacy of the Guild and its founders.

The Art Workers’ Guild was founded in 1884 by young architects and designers who wanted to create a meeting place for the fine arts and the applied arts on an equal footing. Many of the prominent figures of the Arts and Crafts Movement were active in the first fifty years. The Guild operated like a club, but its principle of ‘learning by doing’ soon spread through art education and had a worldwide influence.

The Guild's home consists of a Grade ll* listed Georgian townhouse, linked by a newly refurbished courtyard to the lecture hall, built in 1914, in what was the garden. Designed by F. W. Troup, the hall is a fine example of Arts and Crafts design. It houses portraits and sculptures of the Guild's Masters from its foundation to the present day. Until recently a utilitarian outside space, the courtyard was redesigned in 2016 by Simon Hurst and is now covered with a beautiful glazed barrel vault roof supported by cast iron ribs designed. Designed and crafted by the Guild’s own members, it complements the existing architecture, in that its aesthetics are craft-orientated and largely handmade.

The Art Workers’ Guild remains a sort of club, whose members may agree on a general attitude to craftsmanship and quality but are united by no one partisan philosophy or style. Reality for them is outside the usual worldly considerations. Something beautifully done, be it a jewel, a lithograph, a basket or a cathedral may reveal the truth. A respect for quality, for craftsmanship, for the work of the hand, and a recognition of the healing, humane value of craftsmanship still characterises the Guild.