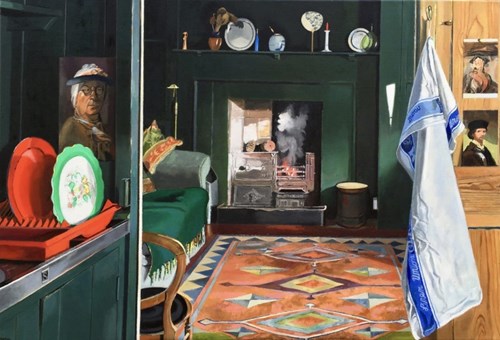 An exhibition of recent work by Edward Stone. There will be a private view on Saturday 9 November.

Edward Stone was born in Berkshire in 1940, the eldest son of the distinguished wood engraver and painter Reynolds Stone. He was educated at Eton and Hammersmith College of Art, where he studied mural design. After college he worked as an assistant to the muralist George Mitchell. Later Stone worked part time as a day care officer in the Health Service, supporting himself while beginning a long process of  discovering painting. Edward Stone’s art is a complex one. He appears at first glance to paint the surface of what he sees. In the Summer he paints landscapes, either in Dorset South West England where he lives, or in France around the Poitu region. In the winter he paints indoors, still lives and interiors. He does indeed paint what he sees but his is a complicated vision. A mixture of observation, history and homage. The references to other art and artists are everywhere present in his paintings. This is his way of sharing the delight that he finds. His enthusiasms are evident throughout his work. Visual clues are laid out among his still lives interiors and landscapes. Allusions are made to Chardin and Vermeer to Corot and to Daumier. He has a strong affinity with France and French culture. His passion for the writer Balzac was so intense at one time that the host of a dinner party in France was moved to admonish him before the meal with, ‘Pas de Balzac ce soir Edouard’. Proust is another of his literary enthusiasms. Edward’s painting is very much involved with notions of memory and time. He has shown at the BP Portrait awards and has held several solo and mixed exhibitions at the Francis Kyle Gallery in London. His work has been collected by among many others Iris Murdoch. This is Edward’s first exhibition since 2007. 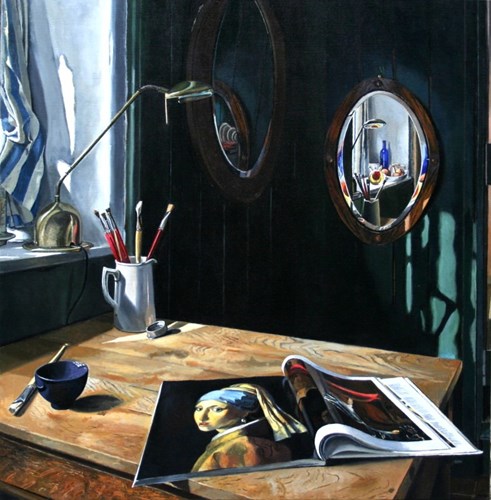