PM Brian Webb's Webb & Webb were commissioned by Royal Mail to design a set of six stamps to celebrate British science fiction authors to mark the 75th anniversary of the death of H.G. Wells and the 70th anniversary of the publication of The Day of the Triffids. The set was launched on the 12 April. 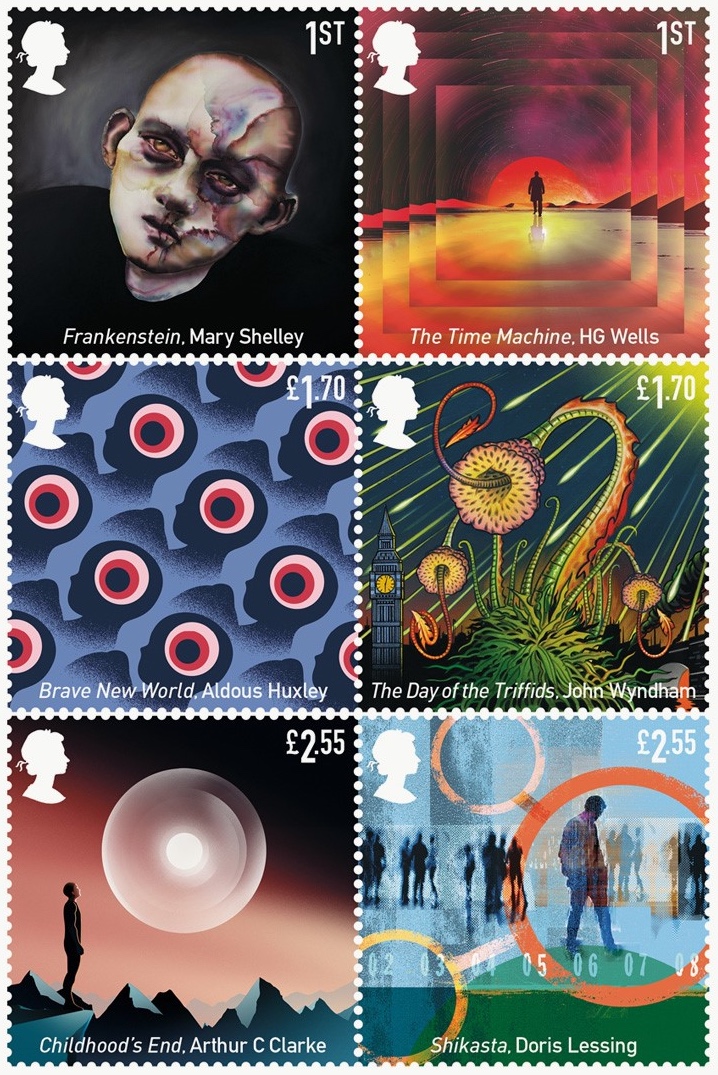