It is with great sadness that we must inform you of the passing of two of our fellow Brothers, Architect Alan Irvine, and painter and printmaker Ann Le Bas. 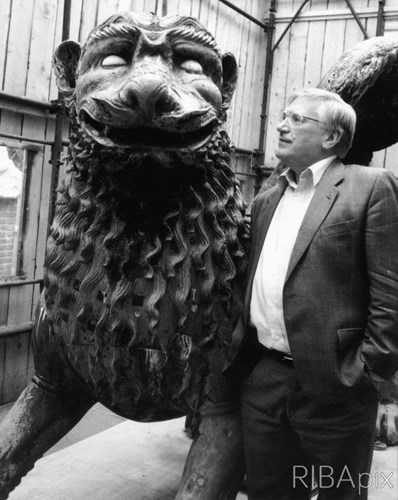 Alan Irvine was both architect, designer and perfectionist as well as an irrepressable enthusiast. He was one of the very last survivors to have worked on designs for the Festival of Britain despite the fact that he was still in his final year at the Royal College of Art. He subsequently moved to Milan for a period before returning to London and setting up his own practice. He was passionate about sculpture and loved designing both galleries and exhibitions. I first got to know him in the 1970s when he remodelled our basement gallery at The Fine Art Society in New Bond Street. He later designed the Fleming Collection gallery in Berkeley Street. He also designed the RIBA’s Heinz Gallery, where he designed and mounted the first exhibition of the work of the Irish designer Eileen Gray. The exhibition of the ‘Horses of St Mark’s’ at Burlington House for the Royal Academy was another notable design triumph. Although small in stature, he was, until his latter years, a figure of boundless energy overflowing with ideas and bonhomie. 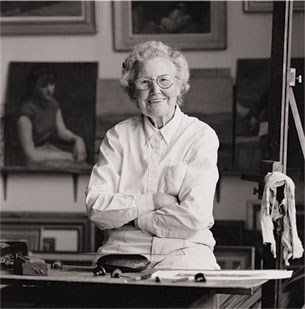 Ann Le Bas was a painter and print maker. She spent her early years in Surrey, but at the age of six moved with her father to the village of Winsford on Exmoor, which remained her home for the rest of her life. She studied art at the City & Guilds School under Middleton Todd and Rodney Burn, as well as engraving with Henry Wilkinson. She was elected RE in 1960 and became a member of the New English Art Club in 1972, and it was always a pleasure to see her at their annual Members’ lunch, which preceded the private view. She was Master of the Somerset Guild of Craftsmen, 1995-99.

You can view the New English Art Club's tribute to her here.

If any one would like to share a tribute, memory or image of Alan or Ann, please send them to leigh@artworkersguild.org and we will be very happy to share them here and on the website.