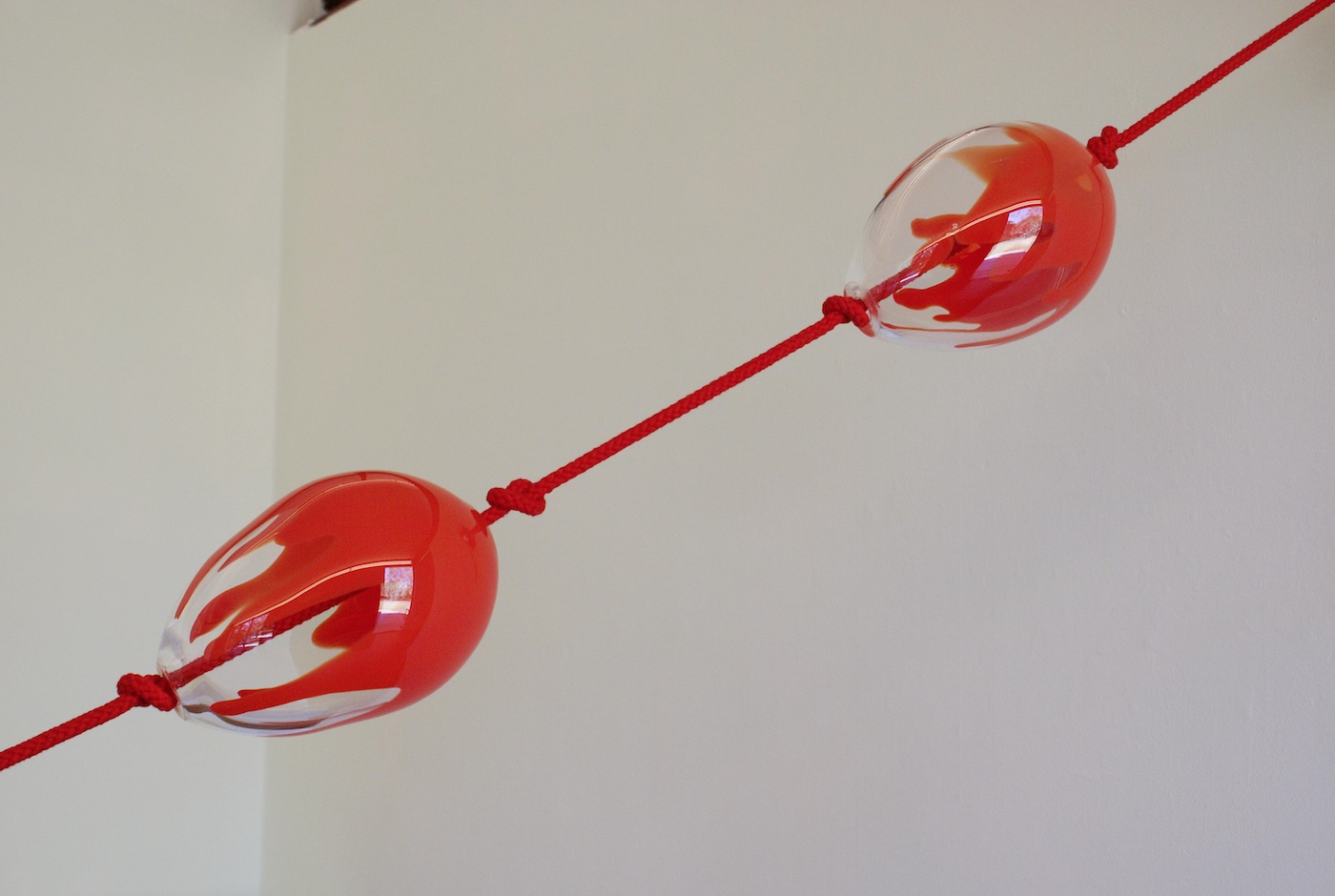 Michael Petry’s large glass installation Kali was first shown at the Josh Pazda Hiram Butler Gallery, and the Mary Wilfred Moffett museum space. It is now in the permanent collection of the Leslie Lohman Museum in New York.

Kali is the Hindu goddess known as the destroyer or the bringer of death. In Hindu creation myths she is the goddess who beheads humans. The four or ten armed images of her holding weapons usually show her wearing necklaces of 51 or 108 human skulls, important numbers in Hinduism. In beheading she slays the ego, allowing believers to be reincarnated with the hope of a better life. Each of the 13 glass beads that form Petry’s work is the size of his head.