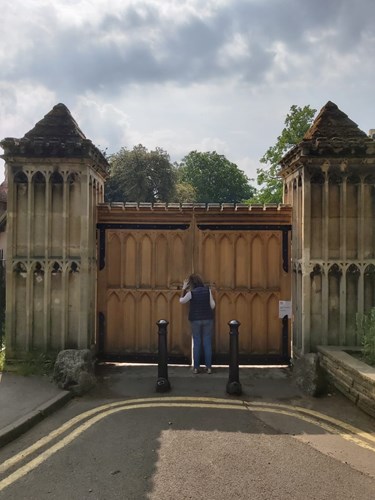 At the Gates of Fulham Palace © Sandy Ross Sykes

Looking back, I realise now that this project began with the gift of a book. Over the years I had dipped into some of the text but confess now that it was mainly the beautiful flower paintings that drew me back again and again. I am referring to Alexandra Marshal’s ’flower book’ reproduced by the Royal Collections Trust. 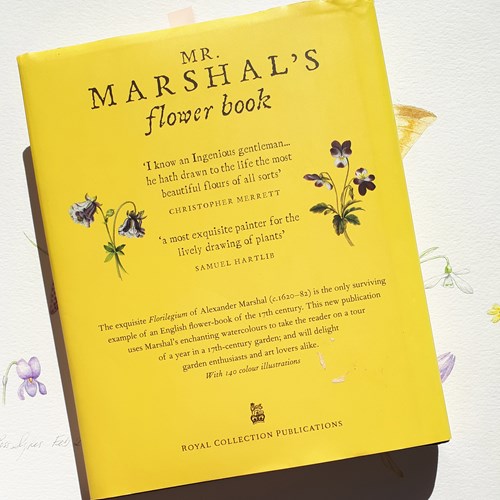 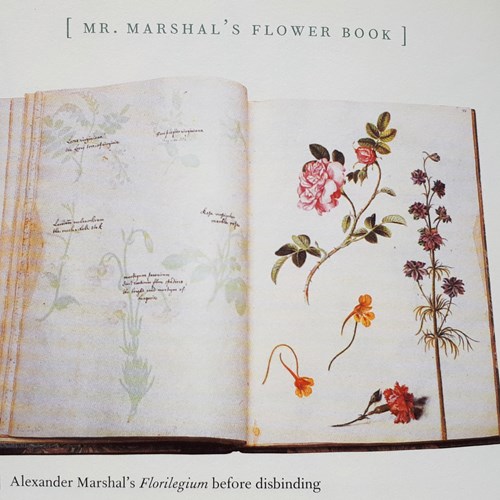 On moving to Fulham, a stone’s throw from Fulham Palace, I often walked there marvelling at the walled garden with its four gates in each wall, the old palace itself and the beautiful trees. One of these is a Holm Oak over 500 years old. 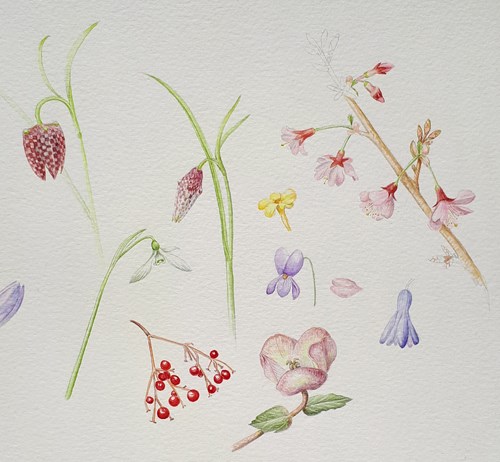 Some of Sandy's Illustrations from the Gardens © Sandy Ross Sykes

It was a great surprise to me to find that none other than Alexander Marshal himself had moved into Fulham Palace where the famous plant collector Bishop Compton was ensconced. This all took place circa 1675. Carefully I checked the book and the current flower beds to see if there were still similar flowers pushing their way through to the light. Little by little, starting this cold January, I began with the snowdrops. I've based my pages of flowers loosely on those found to be still there. It was slow work, checking the gardens and purchasing plants from their collection, then hoping they would flower. Note taking and sketching in the gardens were moving the project forward when suddenly the four gates to the walled garden were locked. The next day the main oak entrance gates were also locked. Through the keyhole I could just see the emerald green of the front lawn and the sunlight dancing on the leaves of a tree. 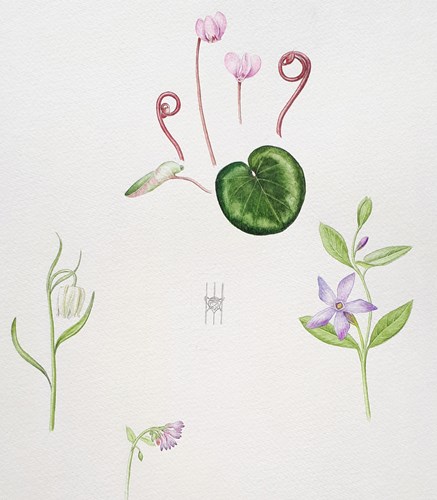 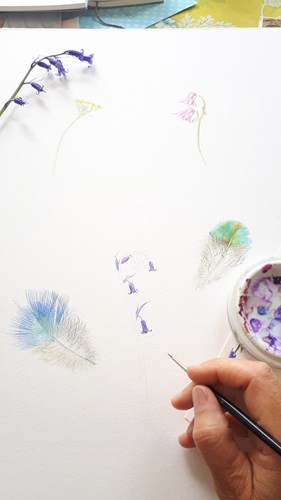 At this point, a sensible approach would have been to mothball the work but by now it wasn't just a project to me, and I couldn't keep away. Marshal painted within the walls, but I must remain on the far side. By peering through and pacing the perimeter hedges I have discovered many flowers growing wild in the adjacent graveyard which after all (or so I remind myself) was very much part of the Palace Gardens in Marshal’s time. As I work through this extraordinary time, I have been able to reflect on Marshal's work and have come to believe that he had quite a relaxed approach to his subjects. Often on a page you will see side by side flowers that do not bloom at the same time or even in the same season. It would appear the artist gave priority to the colours and rhythm of the page rather than a slavish account dictated by the calendar season of the plants. I must admit that at times it is difficult to find the right flowers. 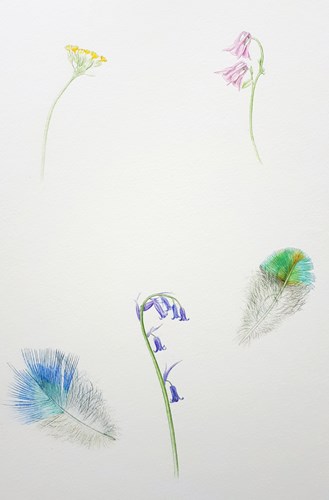 On 11 May I was heartened to hear that the peacock from the nearby Hurlingham Club made a visit to the closed gardens and had the entire palace to himself. By chance I had gathered the moulting feathers from this very bird for a painting class at the Linnean Society. Marshal himself included paintings of birds and animals so the peacock feathers seemed fitting to mark the roamings of the bird during these strange times. I like to think of this colourful creature flying across Fulham skies. This is very much a work in progress for me. 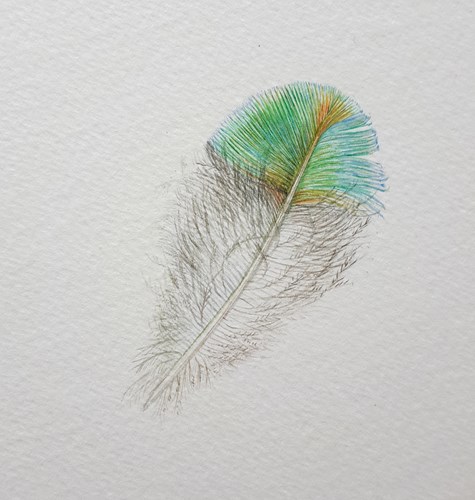 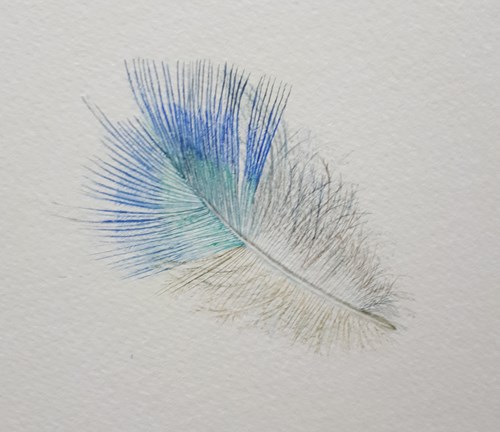 In order to mark this long closure of the gardens, I have left space among the painted flowers to draw in the four locked gates. These I hope to finish when the gates are reopened … one day. 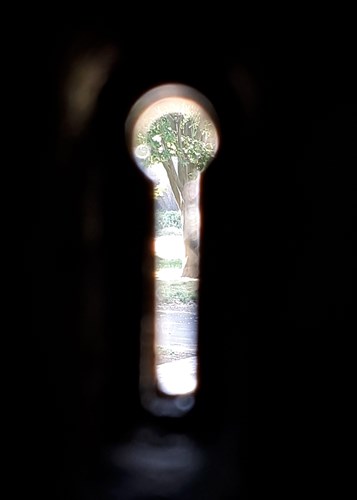